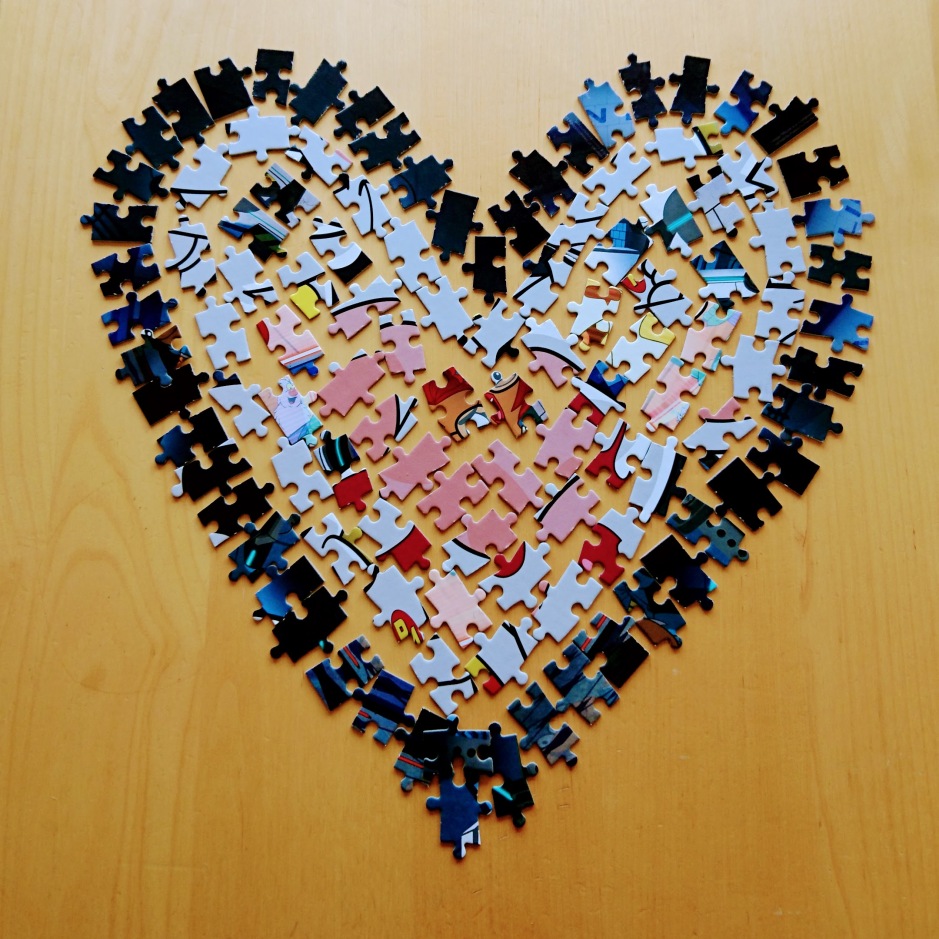 I woke up at six am, proper excited about day one of my new course! And sat there in the dark for nearly an hour wondering where exactly I was going to start. It’s like I had promised a curriculum of 21 lessons and my single student (me) arrived at class and we’re both delighted with the clean blackboard and new notebooks but we haven’t actually got a lesson plan.

So the first hour was spent brainstorming all my ideas, so that I now have a neatly alphabetised direction to follow for the next three weeks – packed with a diverse range of subjects including Gratitude, Cold Showers and Radical Forgiveness – but before delving in, today will start with the question of what is actually going on in my brain and why it keeps doing what it so masterfully does to keep me in fear.

A couple of years ago I was too busy running a stressful business to have time for anxiety, and rather than go through another six weeks of explaining to a counsellor all the complex messy details of my various worries, I found a local hypnotherapist who I asked to come over and delete the negative thought patterns from my head please. It wasn’t that simple, obviously, and it did take a few weeks, but the lesson I learned from him that helped me get through it, was an understanding of WHY my brain seemed so flipping determined to destroy me at almost any opportunity. He introduced me to the concept of the chimp brain, as detailed in Dr Steve Peters’ book, the Chimp Paradox, which I have looked up again, and found a fantastic TED Talk summary which has taught me the following:

So, frustratingly, anxiety and fear is part of my programming and I can’t actually eliminate it, but I can counteract it with different messages.

This seems to be a recurring theme in my research so far, the fact that you can’t fight anxiety, you need to accept it, listen to it, live with it, and gain mastery over it. The same message, in different forms, of ‘Feel the Fear and Do it Anyway’.

My little brother sent me something from Jordan Peterson, a psychiatrist who deals with anxiety. Dr Peterson says, ‘We have the ultimate reason to feel anxious because we know we’re vulnerable and we know we’re going to die. How you can not be anxious under those conditions is a great mystery. The clinical process is very clear. What you do with people who are afraid, you lay out what they’re anxious about, in detail. And then you decompose it into small manageable problems. And you have the person expose themselves to the thing that they’re afraid of, and what happens ISN’T that they get less afraid, what happens is they get braver. What happens is [the realisation that] there’s something in me that responds to taking that on as a voluntary challenge and grows and thrives as a consequence. People who pick up a stressor voluntarily, rather than having it imposed on them, use a whole different psychophysiological system to deal with it. They use the system that’s associated with approach and challenge, and not the system that’s associated with defensive aggression and withdrawal. This system is associated with positive emotion and is much less hard on you because the defensive posturing system, the prey animal system, when that kicks in, you’re using resources to ready yourself for emergency.’

There he is, talking about the ‘prey animal system’ which is not far off the concept of a scared or angry chimp running your brain.

I am familiar with the physical manifestations of fear, all of which are designed by my cleverly evolved body to help me respond to a tiger or wolf outside my cave, by flooding me with adrenaline, sending all my blood to all the bits of my body that might be required to fight or flee, and the ever familiar sudden need to empty my stomach via any means necessary. I know that these physiological responses are designed for short term action, for a threat that would soon pass, and I am aware that what happens with my particular variety of fear is that it shows up with all the sudden violence of an explosion of spiky adrenaline, and then it simmers away for days or weeks, disabling all the other emotions and thoughts and acting like a very diligent brain warning me of a wolf outside my cave absolutely all the time. A prehistoric cave woman didn’t draw elaborate cave paintings or arrange berries into heart shaped artwork if she thought a wolf was prowling outside. She also didn’t chat to her cave-mates about the likelihood of rain. She was on high alert, ready to protect herself and anyone near her. Similarly when I’m anxious I have zero creativity or interest or capacity for anything except getting rid of the awful feeling of dread.

But my last mentor for today, Tim Box, reiterates the fact that it’s not actually possible to get rid of anxiety. He says we need it, as it makes us get stuff done, reminds us to pay attention, put the bins out, be on time and take action, and suggests that a world without anxiety wouldn’t work, because no-one would show up to anything. The only people who don’t feel anxiety are psychopaths, who lack the ability to have concern for their’s or anyone’s actions.

Mr Box says anxiety is not an illness, it’s an emotion with a purpose. Instead of a chimp metaphor, he describes your mind like a ship with a crew. Your captain is your logic, (cortex) while the crew (your limbic chimp brain) steer the ship. The crew is saying you need to pay attention to something, they’re trying to sail your ship away from stormy seas that it thinks you can’t cope with, based on things you learned when you were very young. Anxiety is not the enemy. It feels like the crew are against us, but it’s they’re just trying to help. Instead of destroying morale on the ship, talk to your crew – yourself – with kindness, and then they’ll get on with sailing the ship and your captain’s voice can be heard again.

I like this analogy a lot. I like to think that my fears are coming from a genuine place of protective passion for me, and all I need to do is hear them, acknowledge them and say thank you so much, I understand you think we can’t cope with that storm ahead, but actually I know logically that we can.

It’s about breaking down the massive all encompassing fear into small manageable tasks and convincing my protective screaming crew of chimps that my very capable brain has the resources and expertise to cope with whatever is around the corner, and if it doesn’t, I have the ability to call any of the hundreds of people in my phone who can, and failing that, I live in a country where dialling three numbers into any phone will connect me with a whole world of trained professionals who’s job it is to help me through anything I can’t cope with.

Right now while I’m not facing any massive fears this idea seems so simple and obvious, but I guess the challenge is to effectively convince my crew/chimp/subconscious that I really am strong, capable and resourceful, so that I replace my fearful internal wiring with a new set of beliefs that remain strong when the first waves of worry start to creep in.

Which leads us nicely to tomorrow’s lesson on the colourful creative world of positive affirmations!

One thought on “Day One: understanding where anxiety comes from”